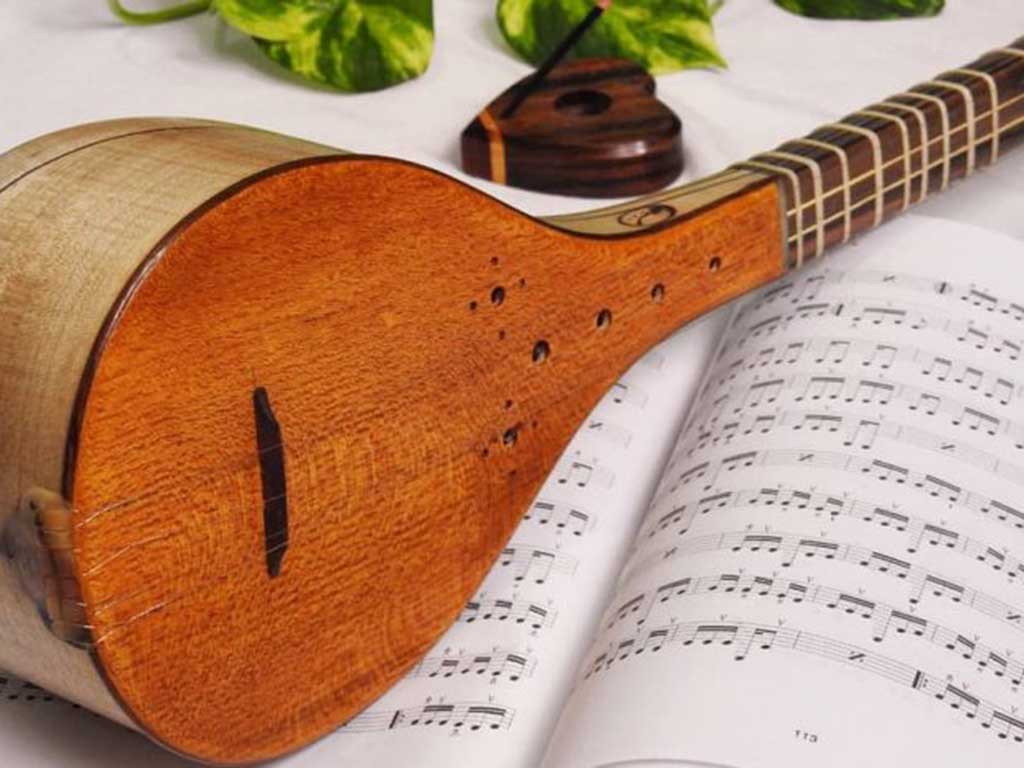 Setar is a string musical instrument of Iran. It has 28 adjustable silk frets, and its sound-range is close to three octaves.

Initially, Setar had three strings. Now it has four strings made of steel and bronze. Some great figures in Iran history, the likes of Avesina and Faraby, had already pointed to the imperfection of the three-stringed Setar and emphasized the addition of another string. Finally, a Sufi named Mushtaq Alishah added the fourth string for the first time. The third and fourth strings are close to each other, and are played together. They are the "bass".

Mushtaq Alishah was from Nematollahy sect. He recited Quran while playing Setar. For this, the mullahs of the time considered him an apostate, and ordered his murder. He was stoned and killed in Kerman.

It is said that before the stoning, he said to the attendants "if you don't have mercy on me, have on yourself and your children. If you kill me, a huge punishment will await you". Recklessly, the emotionally excited people didn't pay attention to what he said, and killed him with brutality. Less than two years later, Agha Mohammad Khan Qajar, massacred the people of Kerman, during the occupation of the city.

The tomb of Mushtaq Alishah, is located close  to Martyrs Square in Kerman, and many Sufis visit his shrine every year.