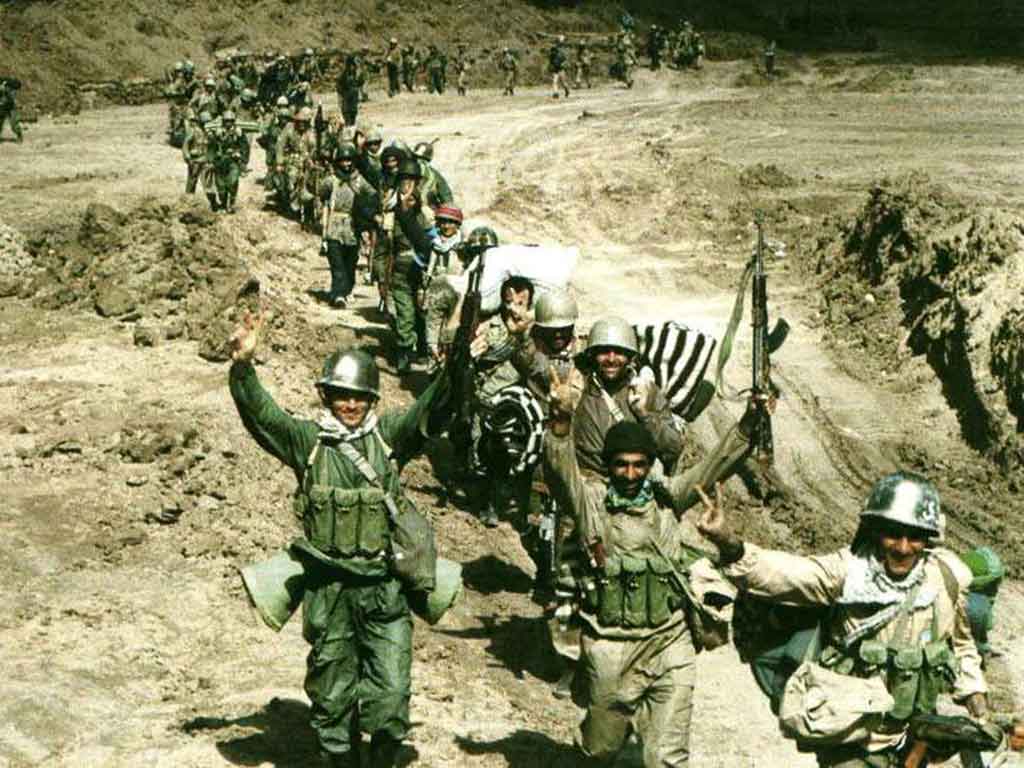 Iran’s and Iraq’s frontlines were 300 meters apart. Early morning, heavy rain began and soon a massive flood ran. Water filled all trenches; not only ours, but also Iraq's.

Iranian warriors went up the defensive line, squeezing their blankets, cloths and other equipment. Either did Iraqi soldiers. At the time, we were not enemies because we had a common enemy. No one shot. Everywhere was quiet, even birds were shocked. Sky was blue and sun was kindly shining. Leaves and grasses were boding well for peace and friendship. A bird began singing. After a few minutes, smiles morphed into loud laughter. One Iranian fighter, using a speaker, told an Iranian jock to Iraqis and they replied by an Arabic one. On top of the defensive lines, some fighters were bathing under the caressing sun while some were swapping cigarettes and fruits. All fighters had their lunch on top of the trenches. Maybe it was the biggest picnic in a warfront in human history.

Everything went well till sunset. Appalling moments was foreboding. “Please, please, please, don't go down”, soldiers begged the sun. Next day, many fighters from both sides were killed.

Now I hate sunsets. I wish a massive flood removes all dictators from the earth, those who make wars.

(A Story of Mehdi. Translation: Kami, from Iran Cozy Hostel)