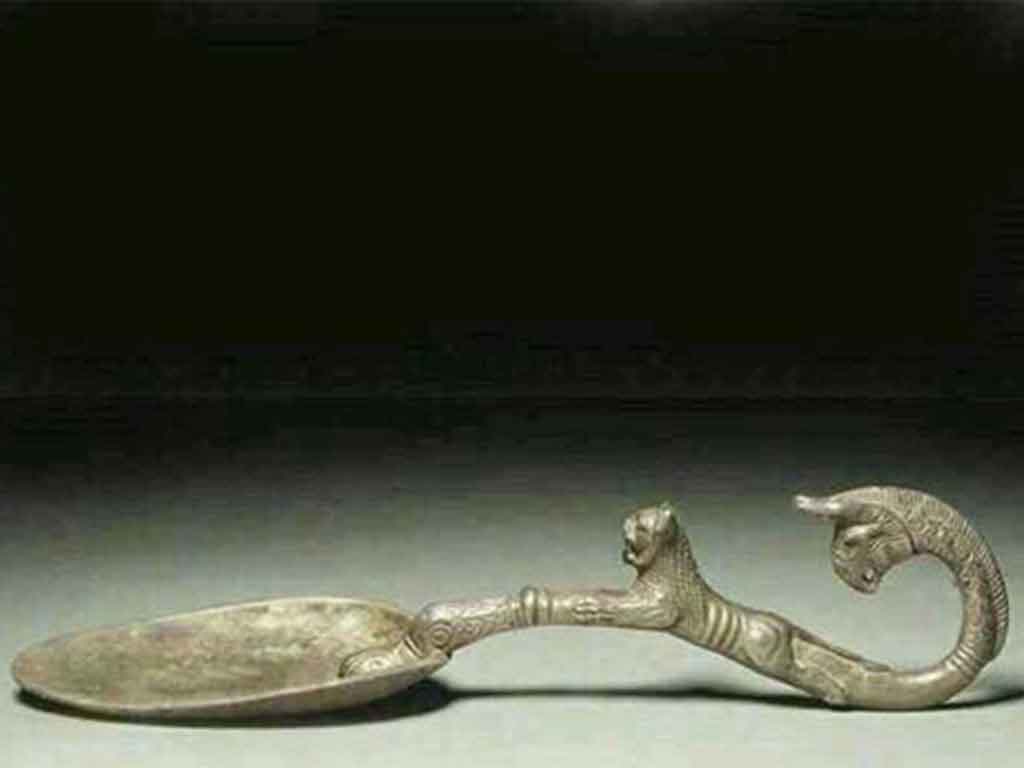 “I heard many times from Mohammad Shah that how you eat food with these devices (spoon and fork). The taste comes from the tip of fingers.” Jakob Eduard Polac, the Austrian physician who worked in Iran, writes in his book.

Eating food with your family using hands while sitting around a big piece of cloth spread on the ground: this is the image that most of the Europeans have about Iranian way of eating. Although you can still find many Iranians eating this way, this tradition does not represent the history of eating rituals in Iran.

Remains of ancient Iran, including eating devices and potteries with pictures of people sitting on chairs around tables while eating, proves that Iranians eating habits have changes during history. Now, in 21st century, most of the people sit behind a table and use spoon and fork.

Nonetheless, neither way of eating necessarily symbolizes development or sophistication. As Najaf Daryabandari says: “the ability to understand, accept and respect the differences makes one sophisticated.”