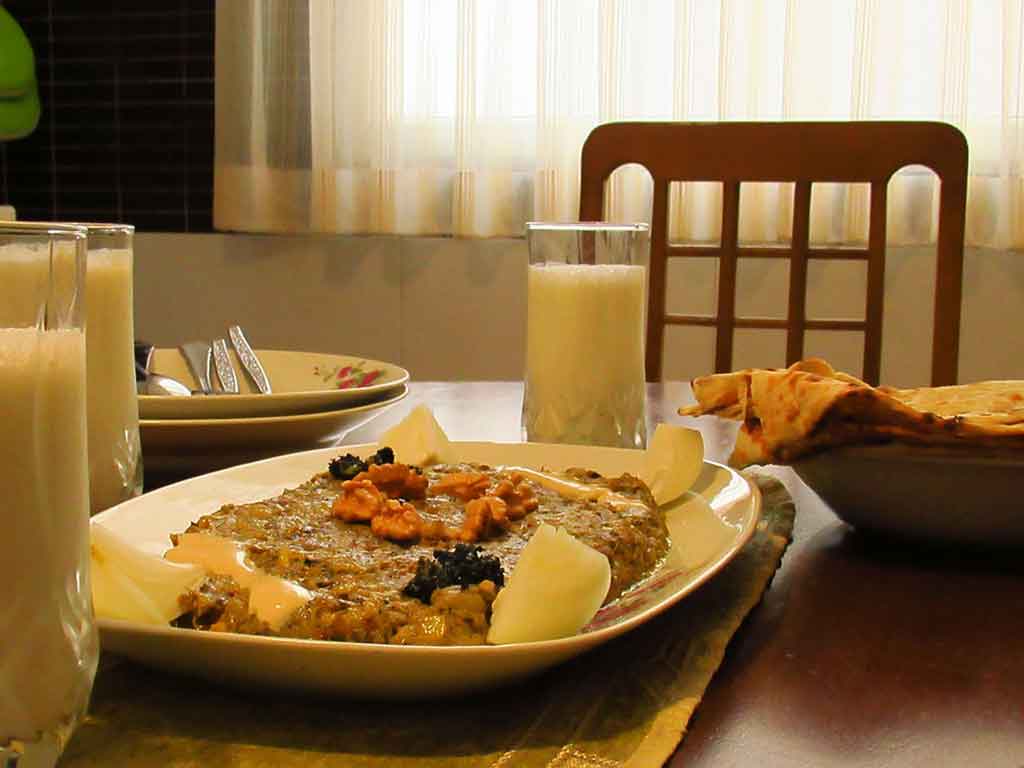 Eggplant is beloved or hated in Persian culinary. No one is neutral to it in Iran. Ubayd Zakani says: one day King Mahmoud was eating a food made of eggplant. For his hunger, was enjoying the food a lot and expressing his joy. His servant immediately counted several benefits for eggplant and praised the food.

When the king’s hunger satiated, started nagging about the food. This time, the fawning servant rushed in again to revile the vegetable. The king got angry and said “you dumb, was just extoling the eggplant”. He responded: “I’m your servant, not the eggplant’s. I must say what pleases you, not the eggplant”.