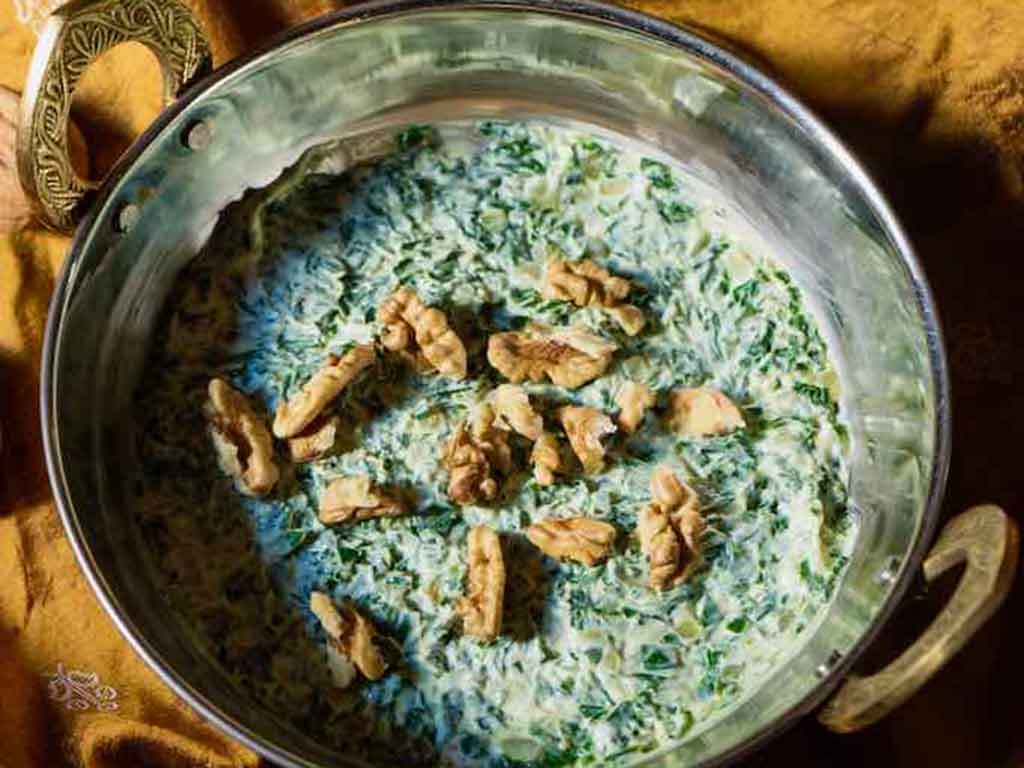 Al-Andalus: that’s how Arabs used to call the southern parts of Spain. Arab invaders had a substantial role in mixing and transferring cultures between countries. When they occupied Iran found their own culture inferior and got a huge influence, including in foods and cooking skills. Living in deserts and having no knowledge about different cooking techniques, had left Arabs with few options like camel meat, milk and dates.

To the contrary, Iran had a long and established history of sophisticated culture that included food and recipes too. Iranian food captivated the Arabs and they soon learned how to cook Persian recipes. While expanding their realm, Arabs took them to other countries one of which was Morocco. Seven centuries of presence in southern regions of Spain was more than enough to leave visible vestiges. That’s why an obvious similarity exists between Iranian and Spanish cooking styles; Arabs took the skill from Iran and transferred it to Spain.

One famous recipe is Borani — called Alboranieh in Arabic and Alborania in Spanish. Spanish sailors later took the food to South America. Simplicity and variability of this recipe makes it unique. You can easily make it at home by different vegetables and spices. Here we explain one made by spinach:

Cook the spinach. Add a little water to yogurt and stir. Pour it on the spinach, add pepper, salt and garlic (if you like) and stir. Put the mix in the refrigerator. Make a topping with a layer of yogurt or cream, saffron extract and some crushed walnut. It’s ready and you can enjoy it.