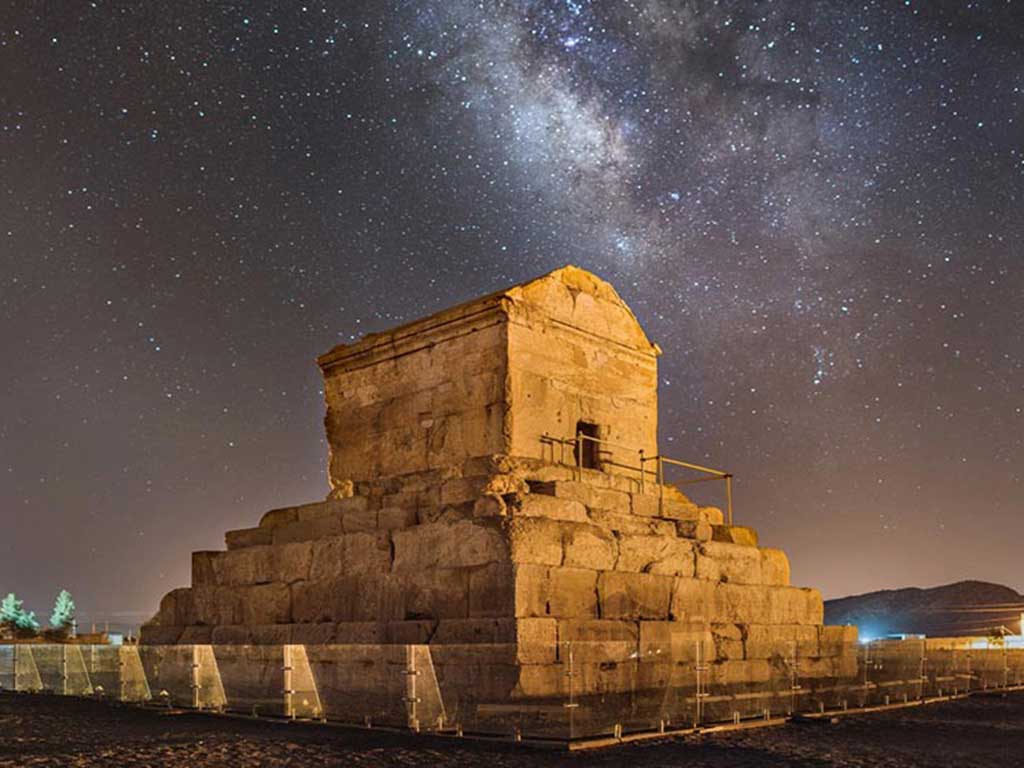 About 500 BC, following the death of the Lebanese tyrannical ruler, Cyrus the Great and his army entered Sor, the concurrent capital of Lebanon. People welcomed them with flowers and sweets.

While the Persian emperor and his entourage were marching, Artab — a soldier of the deceased tyrant — targeted Cyrus and shot an arrow. When the arrow was launched, the Cyrus' horse stood up on its hind legs and saved his life.

They arrested the archer. “If anyone tries to kill someone with a knife or a sword and fails, according to the Iranian law, must cut off the hand that carried the sword or knife”, Cyrus said. He continued: “You used two hands, trying to kill me with arrow and bow. Thus, both your hands should be cut off. I know if we cut both your hands off, you will not be able to support your family. I forgive you and you are free to leave or stay as a soldier in my army.”

Embarrassed by the Cyrus’ behavior, Artab asked to be his special servant and promised to guard him even if he dies. “You can serve me as long as you live, but how you can serve me after your death?” Cyrus loudly laughed and asked. “In the future, my efforts will be read in books”, Artab responded with tears in his eyes.

Artab served Cyrus the Great for ten years until Cyrus was killed in a battle in the current place of Turkmenistan. His body remained on the battlefield. Showing great valor, Artabt brought the body back. While burying Cyrus the Great in Pasargad, Artab committed suicide with a knife. For his undeniable services, he was buried in the first step of Pasargad tomb beneath the Cyrus' body resting in the second step.

200 years later — when Alexander the Great conquered Iran — a group of Greek soldiers attacked and looted Pasargad. They even dug the tomb floor and burned the bones of Artab, thinking those were the remains of Cyrus the Great. This way, Artab kept his word and protected Cyrus even after his death.